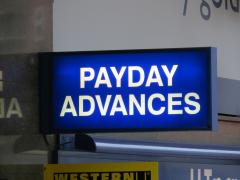 10/25/2016Jonathan Lee
In June of 2016, the Consumer Financial Protection Bureau (CFPB) put forward a proposal to regulate the short-term loan industry. The Small Dollar Lending Rule seeks to “alleviate and solve” for the “apparent weaknesses” of the current rates and short-term lenders by requiring “lenders to assess and verify a borrower’s income, housing costs, and credit and legal obligations.”

The intention of the proposal is to protect low-income families from being caught in an endless cycle where many are “forced to take out another loan to make ends meet.” At first glance, it seems that the rule would solve problems in an industry known for its “dirtiness.” Except policymakers are thinking with their hearts while sitting in their air-conditioned offices, away from the facts and any form of interaction with the real world of short-term loans. Just the fact that they see the short-term loan industry as “dirty” supplies sufficient reason to believe that either these policymakers are ignorantly prejudiced or plainly manipulative.

Instead of pointing fingers and name calling at the short-term lending industry, they should be applying simple economics to their proposals to see if they hold water.

In “Understanding the CFPB Proposal for Payday and Other Small Loans,” a paper released by the CFPB and PEW Charitable Trusts, the Bureau aimed to make several arguments in favor of new legislation.

The first of its arguments is that, “with payday and vehicle title loan markets, lenders’ and borrowers’ interests are not aligned because profitability for lenders depends on loans being unaffordable for customers.” But doesn’t this argument stand for any industry that sells a product?

For example, are the interests of iPhone sellers and buyers “aligned” in the manner acceptable to the CFPB? Each additional iPhone 6 is said to cost $200.10 to produce and is sold for $699 dollars. That is 3 times its cost to make. To borrow a phrase from the left, that’s “price-gouging” to the tune of 300 percent. Yet there is no noise from policymakers claiming to call Apple a company that cheats its customers.

Studies show these lenders charge on average 15 percent, or $15 for every $100 loaned — a profit margin that is significantly less than the price percentage difference of products in other markets.

The second of the CFPB’s arguments is that to solve for “balloon payments,” or the cycle of continued borrowing to pay off loans, the CFPB would “require that most products become installment loans with smaller, manageable payments.”

The problem with this statement is that the Bureau completely ignores the reason why short-term loans are so available to borrowers — it’s because short-term loan companies can offset risk by requiring borrowers to weigh their own risk against their need to borrow.

Simply put, the short payment periods are put in place to deter those who definitely should not borrow. Additionally, making the periods longer and the payments smaller defeats the business model, making short-term lenders irrelevant because their models are defined by their expediency.

The third of the CFPB’s arguments is that their proposal would solve the “problems” related to “price gouge lending” by requiring “lenders to evaluate borrowers’ financial condition,” by forcing borrowers to submit written statements on income, housing expenses, all outstanding debt, and child support. Meanwhile, the lender is required to obtain a national credit report, and then deliver that data to all proposed credit tracking agencies.

Remember: all of these government-imposed requirements cost the short-term lenders money. The cost of finding out this data would eliminate any ability that firms have to loan small amounts of cash at current interest rates. The result would either lead short-term loan companies to shut down or further hurt borrowers by requiring that they borrow larger sums of money to qualify for loans.

Lastly, the CFPB heralds that their redesign is prompted by a study by The Pew Charitable Trusts’ survey research that the “vast majority of borrowers want … most products [to] become installment loans with smaller, manageable payments.”